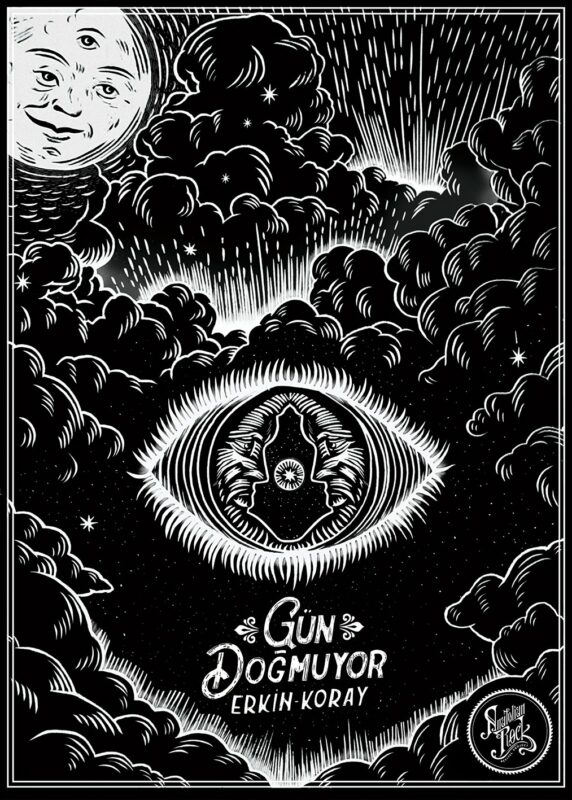 The song begins with an almost 1950’s/60’s pop song feel, but then the soft, smooth voice of Erkin Koray comes in. Only his lo-fi reverb guitar and the bass accompanying him before the drums kick in at full speed.
Although I don’t understand anything that is being sung, it won’t stop me from singing along… especially at full volume while I drive down a highway.

Together with the band “ Yeraltı Dörtlüsü”, a name which translates into “Underground Quartet”, founded in 1969, he [Erkin Koray] became a pioneer of the underground music movement in Turkey. By the early 1970s, Koray had gained quite an extensive audience in Turkey and his distinctive music line had become crystal clear. Koray, who founded the bands “Erkin Koray Süper Grup” in 1971 and “Ter” in 1972, wrote many pieces which ended up on top of Turkey’s music chart lists between 1970 and 1974. “İlahi Morluk”, “Aşka İnanmıyorum”, “Mesafeler”, “Züleyha”, “Silinmeyen Hatıralar”, 1974’s “Şaşkın” and “Fesuphanallah” are among the works from this period.

Erkin Koray, resembling an innovative, synthesizing and experimental music line; extraordinary lyrics, distinctive vocal style, long hair, original attire – these are just a few of the many reasons why he was excluded by TRT, the Turkish Radio and Television Corporation, which had been holding the broadcasting monopoly. Until recently, almost none of his works had been approved for publication by TRT. This situation continued until the eventual rise of private broadcasters in Turkey and has resulted in Koray having a limited audience.

What other music does this remind you of? Cancel reply

A personal project to record and connect new music encountered and old memories made.